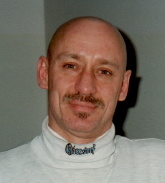 Update on First House Progress and Plans for the Second

Predictably, there have been more delays - this time with Tektum moving into a new factory and having power problems - the end result will be that the first house will probably be constructed in April now instead of March 2016.

I have put up a basic video of the site before any work has been done - see the Phovids page for the link. I will also do a time-lapse of the excavator scraping of the scrub from the site next Monday.

I have also put up a new site map to show where the second house should go.